A script for the popular FPS web game shellshock.io that auto aims at the closest player and displays players behind walls.

In any FPS game, it’s just something that auto-aims at the enemies. Aimbots can get really advanced. They can even navigate to the target player and auto-shoot. The most basic one (like this script) just locks the aim to the nearest player. 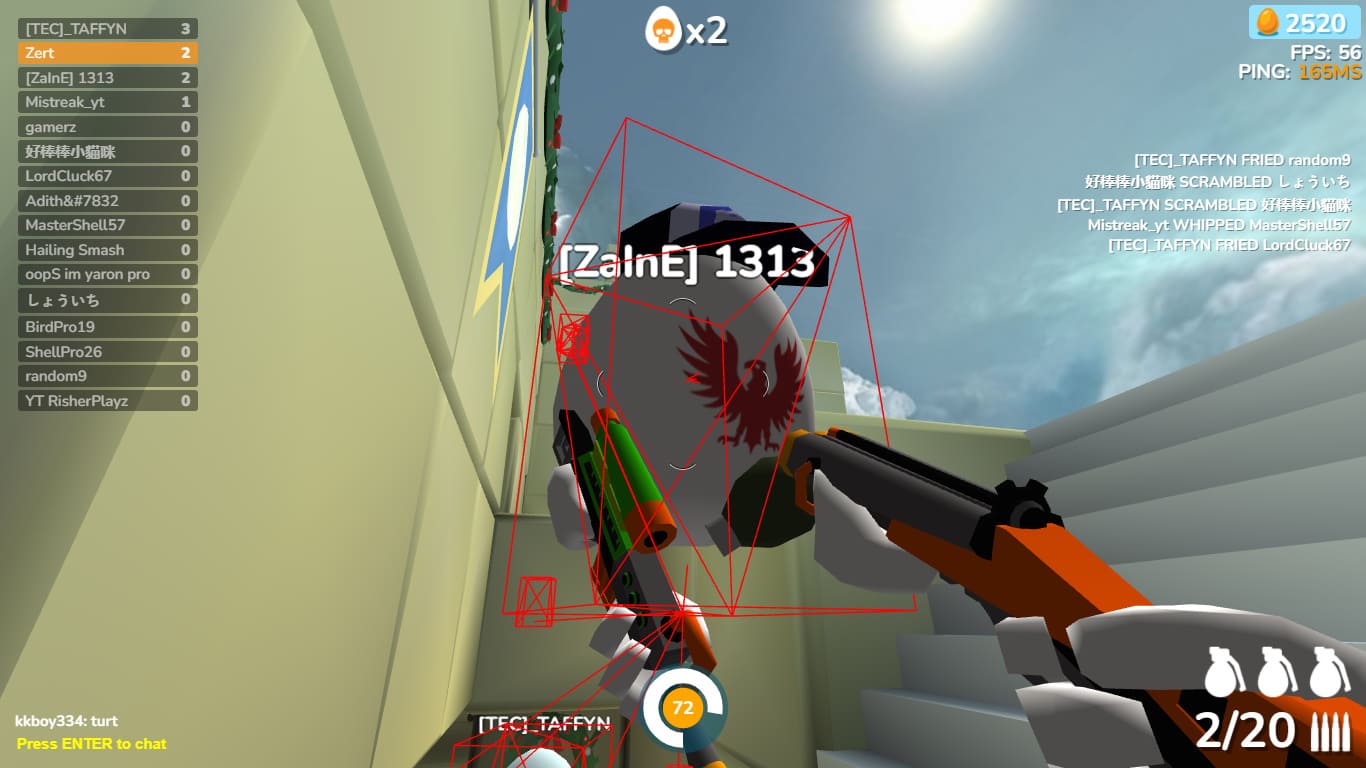 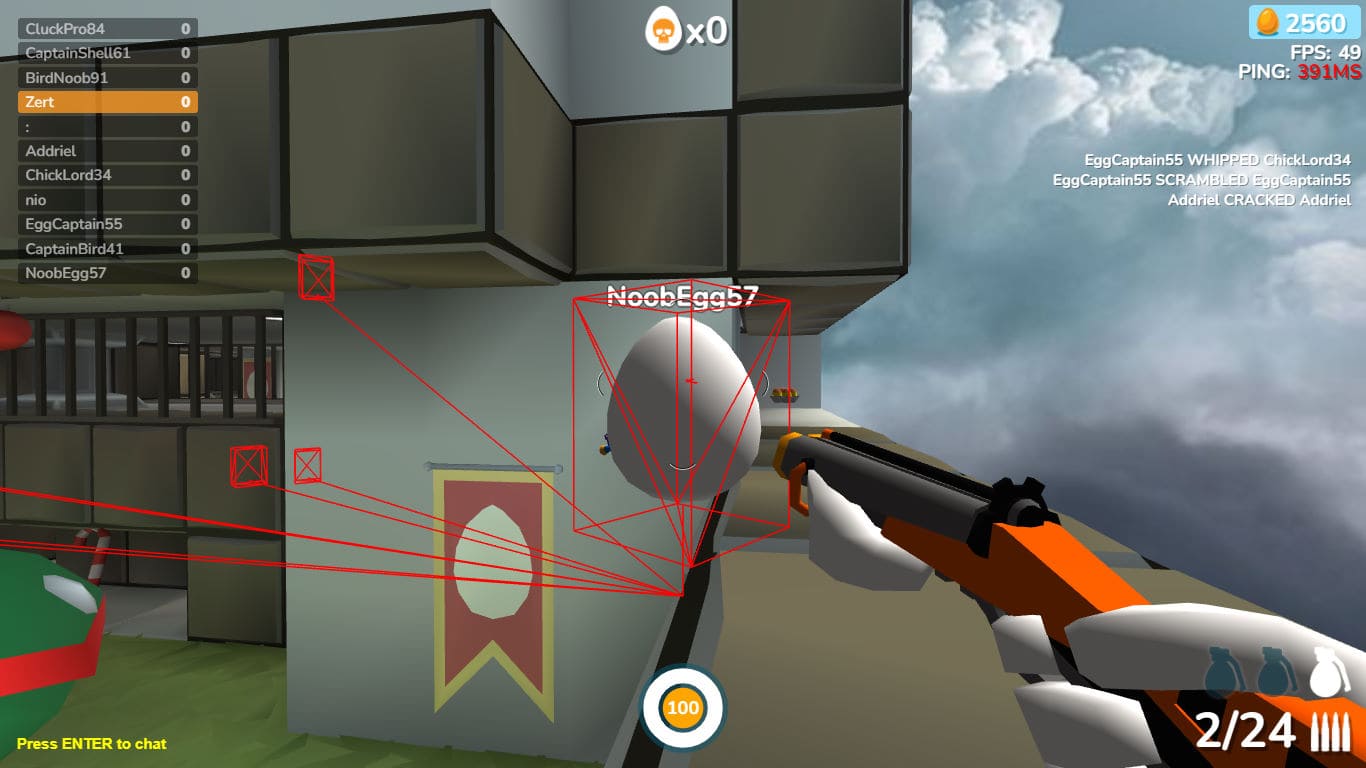 ‘Extrasensory precision’ or ESP here just means being able to see players behind the walls. The ESP provided by the script also shows you a line from your location to other players. This is good for keeping an eye on players behind you.

How good is it?

It doesn’t auto shoot like usual aimbots. It also doesn’t care if the player is behind a wall or not. It will just aim at the closest player. There was also another issue with the script which reduced hit damage. Luckily, as of writing this post, it no longer exists.

Don’t know how to install userscripts? Here’s a tutorial for it.

Please disable your ad blocker or whitelist us to support this site.

An update is available for
[Insert something here]
Dismiss
Remove Ads
Your current key expires in:
23d 10h 5m 10s
Copy Key
Remove
Annoyed by the ads? Enter a key to remove ads from the scripts. If you don't have one, buy one.
Enter key
Buy key
Dismiss